This is a book of problems in defensive cardplay, all the deals being selected from real events. And that means that for once in a problem book, you're not up against a declarer who will always play perfectly. Indeed, sometimes the point of the problem is to take advantage of the opportunity that a slip by declarer has given you. As the title implies, the emphasis throughout is solely on defeating the contract. You are playing teams, not matchpoints, and the number of undertricks or overtricks is irrelevant. You are being encouraged to seek out the critical fourth trick against a major-suit game, the fifth against 3NT, and so on. 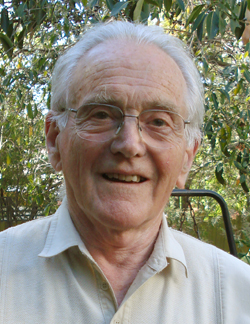 Ian McCance (Melbourne) is one of Australia's leading master point holders. He has represented his country at the world level, and won a number of national titles. He writes a weekly bridge column in The Age newspaper, and ‘The Setting Trick’ is his first book.

“Most experienced players have a favorite book or two they like to re-read as a tuneup just prior to competing. With the publication of ‘The Setting Trick’, I’ve added another title to my personal list of rust-removers.”

"Recommended for those who still have something to learn, and enjoy problem-solving."

"A very good collection of material, most of which is within the reach of any thinking player. McCance does make one or two bold statements. How, though, can I quibble about this when he introduces a piece of terminology close to my heart: spottage? You will need to read the book to find out what it means!"

"The only question is whether you are willing to get this book for your opponents as well as your partner!"

"There would be few bridge players in Australia whose reputation, record and longevity could match Dr. Ian McCance (we even have a major bridge tournament named after him). The Setting Trick is his latest achievement. The problems range from intermediate to quite hard, but he deliberately doesn't rank them by difficulty (that would be an extra clue, wouldn't it?)."

"Tackling more than one or two sets at once is quite hard work, but if you gradually work your way through this book your defense will become more thoughtful and more effective."