North of the Master Solvers' Club

Vine's trenchant commentaries on the game, often thinly disguised as fiction, appeared regularly in The Bridge World and other magazines in the 1970s and 1980s. A small collection of his work was published previously, but has long been out of print. Readers who are familiar with Vine's writings will be delighted to see them once more available, this time in a much more comprehensive collection. Those who haven't discovered Frank Vine's work before are in for a rare treat. 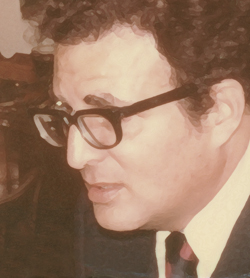 Frank Vine (1927-1987) possessed an acid wit along with a rare talent for putting pen to paper. A resident of Hamilton, Ontario and a lawyer by profession, he was also an expert bridge player who won the North American Men's Pairs (in those days the strongest pairs event of the year) in 1969.

"An ideal holiday gift - the almost lost masterpieces of Frank Vine have resurfaced in book form. Many thanks to Ray Lee for rescuing these priceless articles from obscurity and accompanying them with editorial comments fille with wry humour. I found this collection to be the most entertaining book in the last few years."