Playing With the Bridge Legends

What is it like to play with Zia? What makes Rodwell-Meckstroth the best pair in the world? Why are the Polish experts everyone's least favorite opponents? The answers to these and many other bridge questions can be found in these pages. Since winning the 1976 Sunday Times Pairs in his early twenties with an even younger Michael Rosenberg, Barnet Shenkin has had the chance to play with and against most of the world's best players. Indeed, he knows most of them personally, and few bridge writers can match his insights into their successes. By recounting his own bridge career to date, with tales of triumph and disaster from world championships to big-money rubber bridge, the author puts you at the table with the greatest players of our time, and lets you find out exactly how it feels to play with the bridge legends.

Barnet Shenkin (USA) was born in Glasgow into a bridge-playing family. He has won every major event in the UK, including the prestigious Sunday Times pairs event (with Michael Rosenberg). He has represented Scotland, Britain and the USA in international events with success. He moved to the USA in 1997, and has since won three National titles. He now concentrates on teaching bridge and writing about the game. 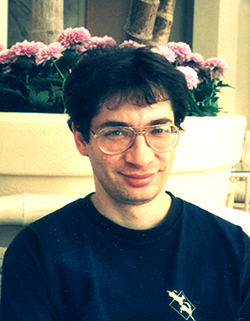