Twenty-six of the world's best players talk about bridge — how they got started, their best and worst memories, their favorite hands, the players they most admire, the opponents they most fear, and their hopes for the future of the game. As you read this book, you will see the human side of people who up to now may just be names in a bridge column, but you'll also get from them a series of tips and ideas that will help you improve your own game. Men and women from all parts of the world are included, and the result is a fascinating look at how bridge is viewed in different countries. 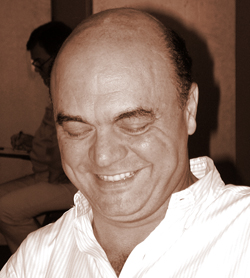 Gabriel Chagas, of Rio de Janeiro, Brazil, is by far South America's all-time most successful player. He is a three-time World Champion, and has won bridge's Triple Crown — The Olympiad, the Bermuda Bowl, and the World Open Pairs — something only eight others have accomplished. He has also contributed to bridge theory, being the first to write about and explain the intra-finesse.