The Multi Two Diamonds is a popular convention among tournament players, yet this is the first comprehensive modern book on how it fits into commonly played bidding structures. Various alternative uses for the opening major-suit two-bids, including the popular Muiderberg Twos, are discussed in depth, as well as the popular Multi Landy (Woolsey) defense against 1NT. A substantial amount of space is devoted to defenses against Multi, making this a valuable book even for those who don't wish to play the convention themselves. For a presentation by author Marc Horton on the Mysterious Multi, please visit youtube: http://youtu.be/4j8IUV1SzIA. 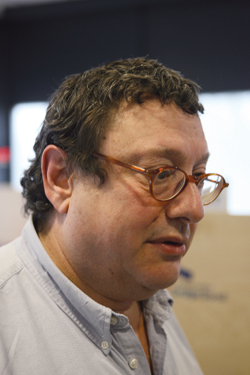 Jan van Cleeff publishes and edits IMP magazine in the Netherlands. He is a frequent contributor to the Daily Bulletins at World and European Championships.

"The authors nicely represent the early history of two level artificial bids as pre-emptive devices. Horton is British, where the Multicolored Two Diamonds was first seen, and van Cleeff is Dutch, the main extenders to other two-level openings. The Mysterious Multi covers these bids too as it moves from common treatments to the more difficult and perhaps, less attractive to club players. The 'Multi' occupies a strange place in our game. It is an awkward artificial opening that is almost unfair to use against less-experienced players. Yet it is extremely popular even at club level and enjoys great leniency in regulation. So even if you don't want to play the Multi, you will certainly have to defend against it. The Mysterious Multi is a good read in its own right and a useful recipe book for methods. It is suitable for club players interested in bidding systems and anyone interested in developing a partnership for tournament play"

"Even if you don't want to include the Multi in your bidding agreements, you should learn to defend against it. The authors have done a fine job of laying out the rudiments of the convention. Adding the Multi to your convention card frees up 2Hx and 2Sx for other uses -- all the details are there along with lots of other ideas for modernizing your bidding. Even experienced Multi users will find a lot of useful information in this book. A."

"..in 200 pages the complete Multi complex is displayed, including opinions and versions by authorities as Meckwell, Granovetter, Kokish and Woolsey...
..intriguing look in the kitchen of development of modern bridge theory; much more then a dull summing up of variations and conventions...
...crystal clear examples from match play bridge..."