My Life and Play

The Bridge Bum is on everybody's list of the top ten bridge books ever written, and it's not hard to see why. It has everything, history, stories about the great players, Sontag's own fascinating hands, cheating, hustling, gambling and the glamor and grind of the bridge professional's life, and most of all the game itself, which Alan Sontag describes with such vigor and eloquence that it's easy to understand why he loves it so much.

This new edition brings back to life a classic that has been out of print for twenty years. It's revised and updated with new stories, new insights and perspectives, and the drama of Sontag's first world title win over the Italians in one of the closest matches of all time. Alan Sontag has won three World Team Championships and numerous National titles, and has also written a number of technical books on bidding and play. He will nevertheless be remembered in bridge history as the author of The Bridge Bum. 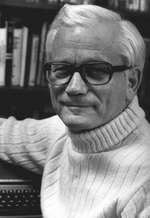 One of the world's foremost bridge columnists, authors and analysts, Alfred (Freddy) Sheinwold is best known for a writing career that spanned nearly seven decades. Of Sheinwold's many popular books, the most successful, 5 Weeks to Winning Bridge, has gone through many editions and sold more than a million copies.

'The classic autobiography of three times world champion Alan Sontag has been out of print for twenty years, but now it available again in a new, enlarged edition. That is something we all ought to be happy for, because a nicer bridge book is hard to find.
The Bridge Bum is a book with everything. Here is the story of young Alan Sontag, who got so obsessed with a card game that he didn't listen to his parents' advice of getting himself a real education, and how he - to their surprise - became an expert in that area. Here are anecdotes from the childhood of contract bridge, beautiful deals from Sontag's own career, tales of triumphs and disasters, highly personal portraits of many well-known bridge players, and an inside description of the life as a bridge professional. But the most entertaining chapter in the book is when Sontag goes to Jamaica to play rubber bridge and pretends to be a novice - just to help a friend win back some of the money he earlier has lost to a couple of card sharks. I have read that chapter many times before, and it is just as funny every time.
In his foreword Eddie Kantar writes that the book has only one defect: it ends. I agree. If you haven't read it, make sure to grab yourself a copy - and do it quickly! Otherwise, you will miss an excellent read.'

'This is a great bridge book; I envy anyone picking it up for the first time. Sontag has joined my elite list of authors - those I wish would write more.'

'One of the best and most entertaining looks ever at the life of a professional bridge player, with plenty of interesting stories and hands.'

'This is one of the (if not THE) most favourable reviews I have ever written. The book was/still is a masterpiece. I had a wonderful time in Alan's company. Thank you for making it possible for those of us who have lost (never gotten back) the old copies, to read it again! And thank you on behalf of the newcomers and others who have not read it before!'

'I had heard about this book from a number of friends but until now not had seen a copy. I am pleased to say that the wait has been worthwhile. Some books of a narrative nature do not come over well 20 years after their original release but this proves an exception. The main factor in this is that Sontag achieved quite a lot of success at a relatively young age and remains an active player today. Moreover, the time lag actually works to advantage in one respect - part of the thrill and excitement the author manages to generate from describing the events he played derives from your not knowing (or not remembering) the result. Although the events Sontag describes were high-level tournaments or played for high stakes, you do not need to be an expert to enjoy the book. '

'I cannot remember why I was reluctant to read this book when it first appeared in 1977 but I do remember starting it one winter evening in 1979 and not being able to put it down. After a gap of nearly 24 years, I found the same was true of this new edition.'