Bridge at the Enigma Club

Robert Tischman is just looking for a game of bridge, but when a mysterious woman persuades him to partner her in a two-session event at the Engima Club, he gets much more than that. This is a book that can be enjoyed on several levels: 1) as a fun read with lots of great bridge deals; 2) as a glimpse of what the game might be like if technology were applied to it with more imagination; 3) as an exposition of the author's ideas on encrypted bidding and encrypted signals — bids and plays where, in full compliance with the Laws of Bridge, partners can exchange information that cannot be deciphered by their opponents. Consumer warning: these methods, though fascinating and ingenious, are illegal in many bridge jurisdictions. 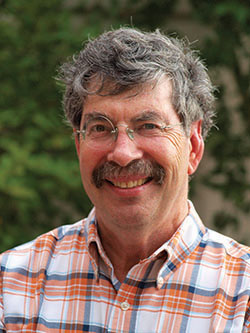 Peter Winkler, inventor of cryptological methods for the game of bridge, is also the author of two books of mathematical puzzles, a number of compositions for ragtime piano, and almost 150 research papers on mathematics and the theory of computing. He is a professor of mathematics and computer science at Dartmouth College, Hanover, NH.

Chip Martel is a professor of Mathematics at UCLA, Davis, and a multiple World and Naitonal champion.

\"As soon as I saw the title and read the cover, I knew I was going to enjoy it. But it\'s better than that. I love it! And, therefore, I highly recommend it to anyone who loves reading about bridge. Although I\'d heard long ago about encrypted signals at bridge, I hadn\'t realized that it was Winkler who originated the idea. The whole business of full disclosure is based on the fact that you have to tell your opponents your agreements, even down to the last detail if necessary, but you don\'t have to tell them your hand. So, if there\'s something about your hands that you know, legally, but they don\'t know, why should it be that you can\'t take advantage of this bonus knowledge? While Winkler makes a good case for allowing crypto in bridge, he doesn\'t do it as a proselytizer might do. In fact, his \"hero\" in the book is the skeptic, the one who is unfamiliar with it all, just as we the readers typically are.

\"The book is really just a great read. There are fascinating ideas about system here, too, in particular, the meaning of 2/1 bids. He also describes a bridge club, and its ways of playing duplicate bridge, which is fascinating. A cross between online and face-to-face bridge which is elegant but goes much further than either. Some of the ideas aren\'t quite so novel now that we have pre-duplicated boards and electronic scoring, but still it represents to me a kind of nirvana for playing bridge.\"

“You may not play ‘Bridge at the Enigma Club’ any time soon, but you’ll certainly enjoy reading about this fabulous fictional creation. Winkler’s enthusiasm for encrypted bidding and defensive carding is thought-provoking, and the bridge — ah, the bridge! — aided by computerized at-the-table dealing, play and scoring and even auction explanations — is very good indeed.”

"Not only important ideas, but also challenging problems in bidding, play and defense. The explanation of the rationale behind encryption and how it might be implemented is clear and, some might say, compelling."