The Blue Team in the History of Bridge

Now in English translation for the first time.

The Man Behind the Legend

How did Italy reach the summit of World Bridge and then remain there for more than fifteen years? How did a game that seems so little suited to the Italian temperament end up being the one that Italy dominated for so long? The answers to these questions can be found in this book through the diary of the man who was the whole story and saw it from within.

Carl’Alberto Perroux (1905-1977) was President of the Italian Bridge Federation from 1952 to 1967. During that period he founded the Blue Team, the most successful and best-known team in the history of bridge. As Blue Team Captain he won eight Bermuda Bowls, one World Team Olympiad and three European Championships.

A trial lawyer in private life (he was deemed to be the best criminal lawyer of his time), Perroux was responsible for turning a group of talented individuals into three partnerships and, secondly, a team. He was noted for his tough discipline: players who broke the rules were benched, even if it hurt the team in the short term. He is regarded as the greatest Captain in history: in the words of Victor Mollo, ‘As best captain ever, Perroux has no rivals, nor challengers.’ 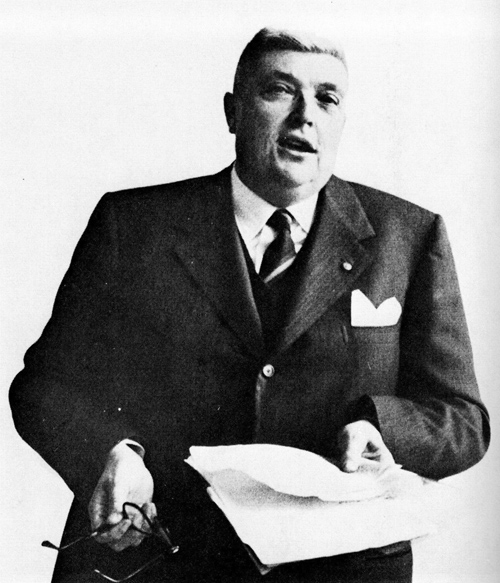 Carl’Alberto Perroux (1905-1977) was President of the Italian Bridge Federation from 1952 to 1967. During that period he founded the Blue Team, the most successful and best-known team in the history of bridge. As Blue Team Captain he won eight Bermuda Bowls, one World Team Olympiad and three European Championships. 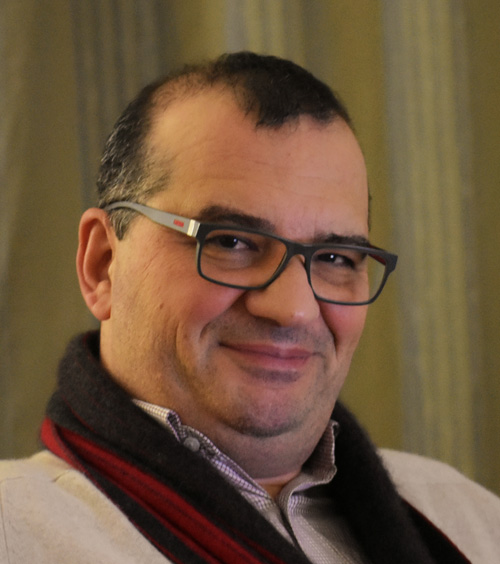 Maurizio Di Sacco is an expert player and WBF Chief Tournament Director. In his role as Operations Director for the World Bridge Federation, he is responsible for successful event organization at the highest levels of international competition, and trains countless directors to world class standards. Maurizio writes regularly for Italian and international publications.

This is a monumental book. Quite literally. It celebrates and immortalises great men and great deeds. It is large and imposing. And it is vainglorious. I found much of interest, and of use, in the author’s depiction of his actions as a non-playing captain. Selection problems of course (he is not a fan of selection by trials), but more importantly the things he had to do to keep his players happy or even available, let alone on top form. The strictures he imposed on them about practicing, about lifestyle, about behavior. Players and captains alike could benefit from reading the long letter he sent to the team the first time he acted as coach, and which is reproduced in full. I found his discussion of the rights and wrongs of professionalism in bridge, particularly the question of sponsors, interesting given how limited that was then, and how widespread it is now. The story of how the team slowly declined is illuminating, including how he himself felt the need to withdraw from the captaincy, although it does not perhaps give enough attention to how the Blue Team’s challengers improved, notably of course the creation of the Dallas Aces team. In summary, it’s a good book for students of bridge history and for those interested in the psychological and captaincy aspects of improving a bridge team’s performance.