Inside the remarkable mind of Peter Fredin

This may be the funniest bridge biography you will ever read. Peter Fredin of Sweden won the 2009 European Pairs championship, and is a multiple medalist in events at the world level. His style and approach to bridge owe more to psychology than to the mathematics of the game, something that often lands him in unusual situations at the table. Being one of the world’s best card players, he can generally find a way to extricate himself. Danish journalist Jeppe Juhl, a close personal friend of Fredin, has collected some of Fredin’s best and worst moments into a book that offers superlative entertainment for any bridge player. 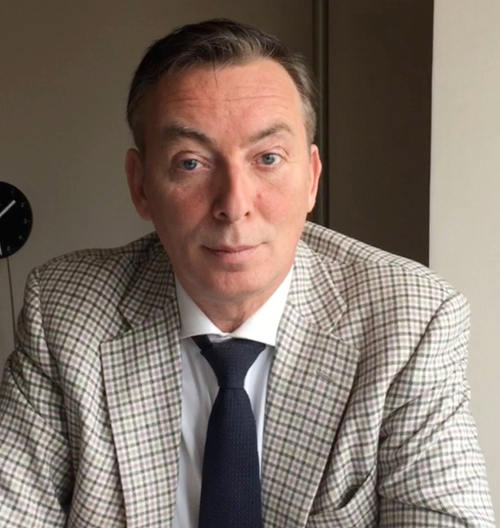 Jeppe Juhl (Denmark) is an award-winning print and TV journalist who also happens to be an expert player of poker, bridge, chess, backgammon and Scrabble. 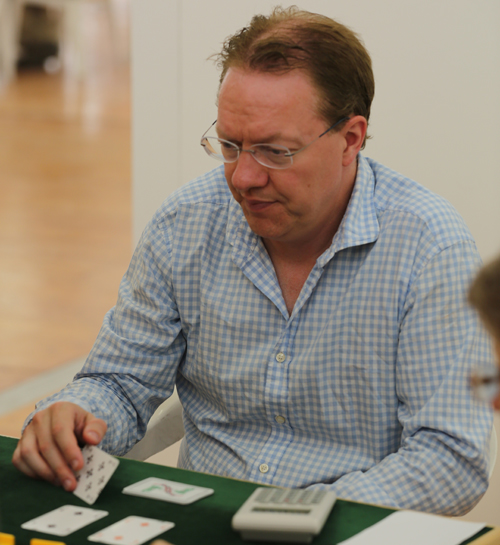 Peter Fredin (Sweden) has several top-three finishes in world pairs and teams competitions, and has won numerous events in his native Sweden and around the world. Other top-level experts fear and respect him as a challenging opponent, whose imaginative style along with his exceptional card-reading puts them under constant pressure. Bob Hamman says of him, 'Against Peter, no lead is secure, no contract is certain; he seems to be coming after you on every hand. There is never a time to relax.'

This is no anodyne or hagiographic bridge biography.  Juhl presents a 'warts and all' picture of his subject (a close friend), including quotes from many of Fredin's former partners, teammates and opponents. Fredin himself is also candid about how he has made life difficult for his partners and teammates.  While written in a conversational tone, the book is instructive and insightful. Fredin is clearly willing to do what he thinks is right.  He is much less afraid of looking silly if he is wrong than almost all the other top players.  Consequently, the book is filled with his spectacular successes and what look dismal failures. Each deal includes detailed explanations of Fredin's thinking, [so the book] is like a master class with one of the world's best players, who explains the inferences available from the opponents' actions and inactions. Fredin prides himself on the logical basis for his actions, even when they often involve psychological ploys designed to the opponents under pressure.   This is an excellent tutorial on how to play bridge at the highest level.

This is not your typical bridge biography.  Along with the brilliancies, Juhl displays the dark side - Fredin's explosive temper, his banishment from the Swedish national team, some seemingly-incredible blunders where a weak declarer would have succeeded easily, and the endless controversies (including his bold comments that the bridge cheats are still lurking, despite the 2015 purge of some prominent offenders). Several deals feature original plays and coups that few have ever seen or considered before.  Fredin's tips also include some contrarian surprises, such as using Stayman with 4333 distribution, but he makes his cases well. On many deals, the author takes the reader into Fredin's mind, providing a chance to find a great play made in a flash at the table.  I have never played against Peter Fredin, but, after reading this book, I would be afraid to face him.  Very afraid.

Details many of the high and low lights of the career of Peter Fredin, a Swedish expert who has a fabulous record of success in high-level International events. Nobody says it better than all-time great Bob Hamman: “my recurring nightmare is that Peter is sitting both on my left and on my right  . . .”. And once you read author Jeppe Juhl's catalogue of Fredin's original and highly creative coups and brilliancies, you'll probably be quite happy if you never come across Fredin at the table.

Peter Fredin is known by his peers at the top of our game to be exceptional. Exceptional in the sense that he frequently makes bids and takes lines of play that can be variously described as creative, or counter--intuitive, even bizarre. Often, but by no means always, with devastating success. Like its subject this is no run-of-the-mill bridge book. Its practical application for average players will be limited, not to say dangerous, but its entertainment value is high.