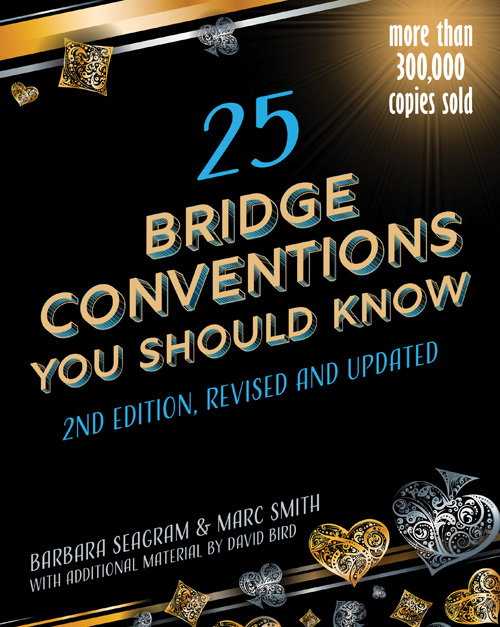 Since its publication in 1999, 25 Bridge Conventions You Should Know has sold more than 300,000 copies in six languages. It has become a much-valued learning tool and reference for everyone from social players to those who regularly spend time at their local bridge club.

But bridge has changed in the last twenty-odd years. Bidding has changed. Some of the conventions in the original book have fallen into disuse, while others have gained in popularity and importance. Many basic conventions have changed in subtle ways as bidding methods have developed. It is now time, therefore, to update this modern classic so that today's players can be in tune with what is happening and stay current.

This new edition has been thoroughly updated, while retaining the approach and features that made the original so popular. Each convention in the book has been carefully revised to reflect the way it is used in the modern game. Students are now universally taught to play transfers in response to a strong notrump opening, and the new edition reflects that change in several ways. Three chapters (Landy, Grand Slam Force and Ogust responses to Weak Twos) have been dropped completely in favor of Bergen Raises and the DONT and Meckwell defenses to 1NT.