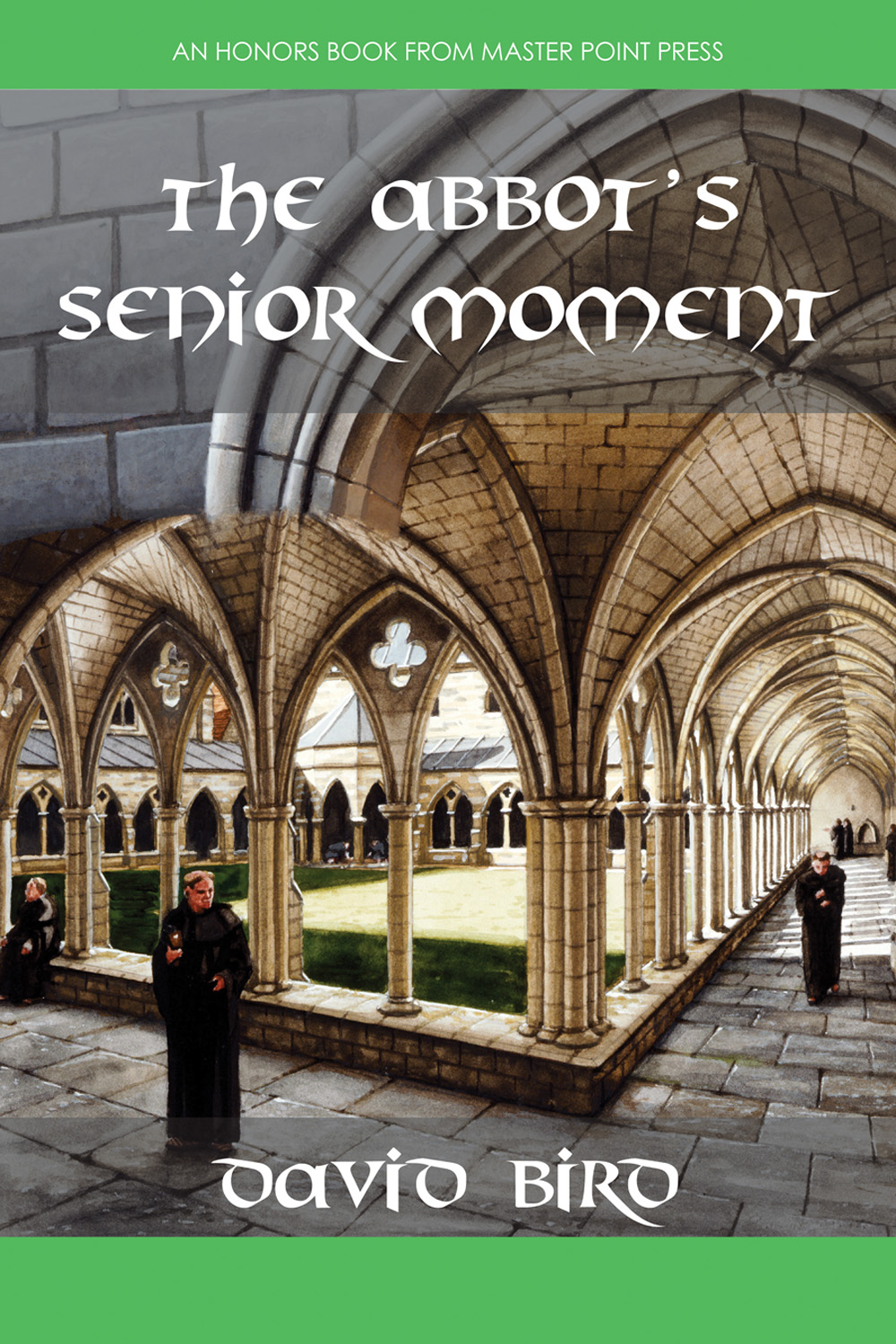 NOT IN HEAVEN YET

For forty-three years, David Bird's tales of the bridge-crazy monks of St Titus have appeared in magazines around the world. They have been translated into several languages.

In this fourteenth collection of stories in book form, the pompous and self-important Abbot wonders for the first time if old age is starting to affect his play.

The Mother Superior of St Hilda's Convent forms a contentious partnership with the Abbot on her visit to the monastery. The St Titus monks play a Crockford's Cup match in East London, against a team captained by Angie Brooker, proprietor of the Shoreditch Escort Agency. Hoping to enjoy some excellent cuisine, the Abbot agrees to teach the game to the wealthy order of St Geofric's. A mixed pairs at St Hilda's has the monks partnering a nun or a novice. Brother Jasper rises from his deathbed to request one last game of bridge -- with a surprising outcome.

Regular followers of David Bird's work will know what to expect in these tales -- a first-rate mixture of amazing bridge, entertaining characters and sparkling dialog.