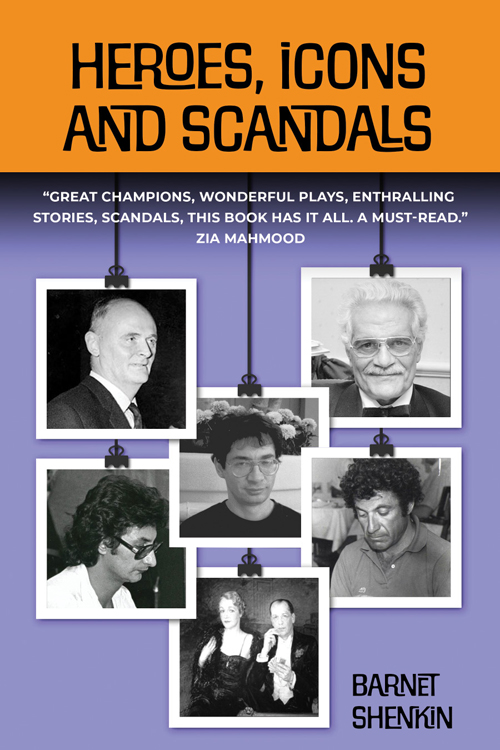 Twenty years ago, Barnet Shenkin's Playing with the Bridge Legends gave its readers a fascinating insight into what it is like to play with and against the best in the game. In some ways this book is a sequel to that one -- it focuses on the great characters in the history of bridge, both the heroes and those subject to scandal. Including chapters on Culbertson, Belladonna, Garozzo and Zia, the book also provides behind-the-scenes accounts of the cheating scandals in Stockholm, Bermuda and Buenos Aires involving Reese, Schapiro and the Italian Blue Team. Like the first book, the author also draws on his own experiences at the very top of the game. The reader joins the author at the table, gaining a sense of exactly how it feels to 'play with the bridge legends'.

Barnet Shenkin (USA) was born in Glasgow into a bridge-playing family. He has won every major event in the UK, including the prestigious Sunday Times pairs event (with Michael Rosenberg). He has represented Scotland, Britain and the USA in international events with success. He moved to the USA in 1997, and has since won three National titles. He now concentrates on teaching bridge and writing about the game.